The House that Thatha Built 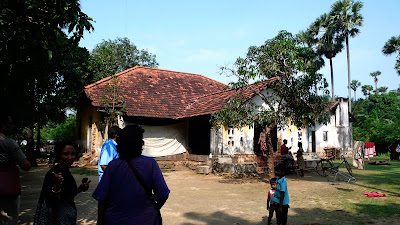 I entered Sri Lanka for the first time over December with my mother who was last there in 1973. We hoped to visit the house my grandfather built in a village near Jaffna in the 1940s. It was one in a series of distinct houses built by ‘Malaysian Returns’ – Jaffna Tamils that had left to work in Malaysia but returned later to re-settle.

My mother, who was born in Singapore, lived in this house for only one year yet still bears strong childhood memories of her time there. As a family accustomed to the city life of Malaysia they had trouble adjusting to the ways of the village. Thatha eventually acquiesced to the family will and they returned to Malaysia, leaving the house to care takers.

My parents moved to Sydney soon after my sister and I were born, extending the family network. I can recall an incident from my childhood when a group of young men came to our house to solicit donations for ‘the movement’. My father sent them away firmly stating that we were Malaysian Tamils with no interest in their cause.

Years later, during the ceasefire I developed my own interest in the island, but family friends advised against visiting. ‘You look Tamil, but you only speak English – it will only cause you trouble!’

My interested was again piqued after the 2004 Tsunami. Then in 2009 diaspora politics suddenly nose dived into my activist concerns, as boats full of Tamil refugees arrived in Australia in the aftermath of war. My investigations around this issue lead to a lesser known history of South Asians at sea; of ship borne anti-colonialism and dockside activism that had real effects in Australia, as well as travelling further abroad. My own engagement with this history took its course from a tattoo–performance in a Sydney gallery, to find an absurd connection with an anti-authoritarian T-shirt maker in Guadalajara, Mexico, and eventually prompted speaking engagements in Toronto, Canada. 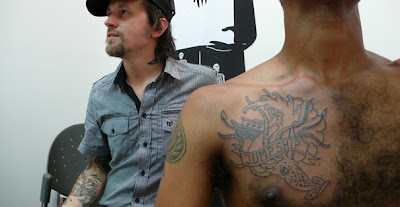 I was circling around the international diaspora, but had yet to arrive at Jaffna. Upon reflection it was a process of negotiation across politics, family and traditions that I had spent most of my life questioning and departing from. By the time I touched down at Bandaranaike International Airport, mother in tow, I had no idea what to expect.

From Colombo it was an overlong haul in a clumsy minibus that delivered us to Jaffna sometime after midnight. After a day to recoup and sight see, we finally arrived – on Christmas day – at the house that Thatha built. Once wide and grand, it was now in a state of disrepair, having passed through several hands since my grandfather packed up his family and left. It is currently home to a large family of fisher folk forced to relocate by the fighting several years ago. Having arrived unannounced, they cheerfully allowed us to poke around.

A question of race

Conversations with family and friends revealed not only a sense of relief that the war had ended, but also some trepidation regarding the momentum of re-nationalisation, and with it the urge to forge an all encompassing national identity in an effort to alleviate the issue of race in post-war politics.

As discussions in the media and elsewhere indicate, there are concerns that establishing an overly patriotic code of national identity will invariably lead to defining a standard by which the national may exclude or discriminate – potentially stifling the political representation of not only Tamils, but also Muslims, Burghers and other ethnicities identified on the island.

My praxis over recent years has engaged with processes of dis-identifiaction and de-nationalisation – problematising aspects of my Tamil identity and Australian citizenship – with the intent of opening a space for (trans)cultural practice that operates beyond the allure of race and the agenda of nationalism. As a critical practice, it is most often placed in Australia within a discourse of Asian orientated multiculturalism, which I complicate by linking it to a history of anti-colonialism.

At the conclusion of my trip I was interviewed for the program Connections on Young Asia Television that, as the title suggests, connects Sri Lankans around the world. When asked about my Sri Lankan identity I replied that I had a very tenuous connection to Sri Lanka, but a problematised affiliation with the Tamil diaspora. I was quickly advised that in Sri Lanka the word ‘diaspora’ carries connotations of internationalised support for anti-state terror.

Dinner with an NGO

What then is the role of the diaspora now that the dream of Tamil Eelam has been quashed? Before leaving Colombo I had dinner with a friend of a friend from Toronto now working for a non-government organization (NGO) that designs and implements basic education and food programs with communities devastated by the war.

The competing and contradictory narratives as to what occurred during the final stages of the war and its effects on civilians are well known, so naturally I probed him for information on interment camps which are still operational, displaced people that might never return to their homes and areas developed with World Bank initiatives that are now completely flattened.

Speaking carefully he talked of a generation that has known nothing but the trauma of war, who have lived through circumstances that his organisation have neither the resources or qualifications to deal with. Projects such as counseling are not only difficult to implement, but may also be politically discouraged for establishing some sort of account that contradicts the Government narrative. Instead their NGO focuses on rebuilding, educating and designing pathways for development with the communities concerned. He appeals to the diaspora, as those with a long serving interest in the region and its people to help establish long term rehabilitation projects and to encourage translocal connections with people limited in the extreme, regardless of their race or ethnicity – encouraging a globalised circuit that effects de-nationalised change. 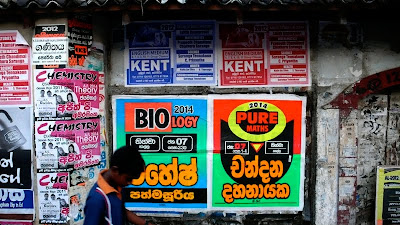